Quote of the Week

“House prices are up 8% already this year based on CoreLogic numbers. There’s another 2% coming in May alone. As this year settles down, we’re going to see house price growth at 15% or 20% in some cities.”

House prices could rise more than 10 times faster than wages this year.

Australia’s job market has improved since the pandemic recession, with the unemployment rate dropping 0.2 percentage points to 5.5% in April, on ABS figures released last week.

Wages rose 0.6% in the March Quarter, tracking at an annual growth rate of 1.5%. But house prices are growing more than eight times that pace in the same period.

Shane Oliver, chief economist of AMP Capital, says: “House prices are up 8% already this year based on CoreLogic numbers. There’s another 2% coming in May alone. As this year settles down, we’re going to see house price growth at 15% or 20% in some cities.” 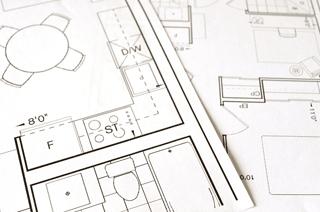 Sentiment towards off-the-plan properties is improving, with the number of online searches rising four-fold in some areas over the past three months as government incentives entice first-home buyers to the sector.

Moreton Bay in Brisbane’s north and Riverstone in Sydney’s north-west are the most popular, racking up 340% increases in the number of buyers searching for off-the-plan properties, new Domain data shows.

Government concessions have helped to improve sentiment towards the sector, says Nicola Powell, Domain’s senior research analyst. FHBs in NSW and Victoria get $10,000 for new homes and stamp duty discounts, while Queensland offers $15,000 to FHBs of a new home.

“I think the affordability of the outer suburbs has also been a lure for buyers to move to these new developing areas, particularly with the ability to work from home,” says Powell.

Property Council of Australia chief executive Ken Morrison says a lack of affordable urban supply will help to ensure that a population and capital shift to the regions will continue in most states over the next decade.

His comments came as CoreLogic reports regional markets have outperformed value growth in the cities in the last 12 months, rising 13% compared with a 6.4% gain in city values – led by a 22% rise in the Richmond-Tweed area of NSW, which includes Byron Bay.

Morrison says the flight to the regions will continue – and presents problems for locals priced out of their own markets and burgeoning strains on infrastructure as small towns contend with bigger populations.

“Infrastructure pressures are being felt right across Australia, but particularly in some of our faster growing regions,” he says.

Combined regional dwelling values (13%) have risen at twice the rate the capital cities (6.4%) in the past 12 months, but rent values in the regions have outpaced capital city rents even more.

The CoreLogic rental value index finds that regional rents increased almost three times as much as the capital city markets over the year – up 9.6% in the year to April, compared with 3.3% in capital cities.

In an analysis of 25 regional areas, total available rent listings have halved over the past year and rent increases have ranged up to a 17.6% uplift across the Richmond-Tweed area.

The average time a rental property spent on the market has declined from 25 days a year ago to 17 days in April 2021. The lowest typical days on market is on the Gold Coast, where properties rent within two weeks.

The data suggests that tenants are having to compete harder for regional accommodation, both in terms of their wallet and the pace of their decision making. More severe consequences include housing stress and homelessness. 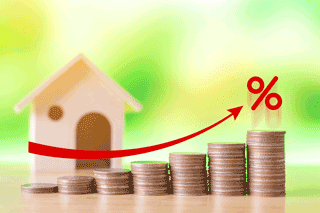 CoreLogic reported a preliminary clearance rate of 78.2% across 2,845 homes last weekend, maintaining a string of 15 weeks above 77%. Prices and rents continue to rise strongly.

Australia’s largest bank, CBA, lifted the three- and four-year fixed rates for owner-occupiers paying principal and interest by five basis points to 2.19% and 2.24% respectively. It follows the bank’s move to lift the four-year rate by 20 basis points from 1.99% in March, which effectively rang the bell on cheap rates and alerted borrowers to fix before they moved higher.

Banks says their wholesale funding costs are rising, despite efforts by central banks around the world to lock in ultra-low rates.